Meet the military veterans at Ocient.

Ocient is comprised of skilled and ambitious individuals that continue to drive innovation at hyperscale. Our employee spotlights get to highlight a small sample of that workforce. In honor of Veteran’s Day, we are spotlighting the Ocient employees who have served in the U.S. military. On this special day, we’d like to pause and salute the soldiers of the past and present. We thank you for all the risks you’ve taken and sacrifices you have made to serve this country. This occasion also gives us an opportunity to acknowledge the many important contributions of the veterans that add to Ocient’s culture. 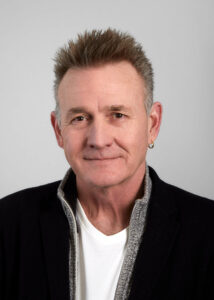 Years of Service: 6 years of active duty, 4 years of reserves

Tim spent his time in the Army as a member of the mainland combat force. This role is responsible for defending the country through ground warfare. He found his way into the military after a falling out with college, seeking direction and means to build up a college fund. He spent most of his time based in Germany and Honduras where he quickly learned the art of self-discipline, how to be a team player, and a tremendous amount of leadership skills. Once his time serving came to an end, he decided to go back to school where he earned two degrees in Computer Science and Mathematics.

From there, he sought out a career in tech. The skills and experience he received in the military had a positive influence on his professional journey moving forward. He found himself rapidly moving through the ranks in tech and data warehousing, starting as an individual contributor that eventually got promoted to lead a large research and development department. With more than thirty years of experience in the data warehousing realm, Tim now works for Ocient as a Senior Solutions Architect. He plays a crucial role in creating the overall technical vision for a specific solution to an organization’s data analysis needs. 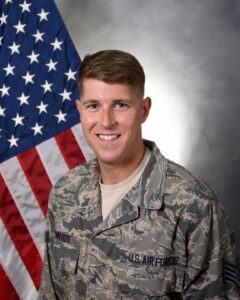 During his time in the Air Force, Brenton worked to ensure computer networks and online communications were secure. He aided in detecting and deterring cyber threats and attacks to keep our systems and information safe. He decided to join the Air Force after receiving his associate degree. After those two years, he wasn’t quite sure what his next step in life should be. He knew joining the Air Force would give him the experience and learnings that he was looking for, so he decided to enlist.

From the beginning, Brenton has been able to align his MOS with his professional goals. He chose the cybersecurity track and was able to gain real-world experience before finishing his degree post active duty. He spent his entire military experience in Denver where he learned that he could accomplish anything that’s feasibly possible just by dedicating himself to it. He also got accepted to be an officer in the pilot program, but ultimately decided to turn the offer down in order to stay in line with his IT aspirations. Brenton is grateful for the knowledge he gained from his time in the Air Force and has positively applied it to his professional career. He works for Ocient as a Senior Security Engineer where he helps play the critical role of building the systems that protect our software and networks. 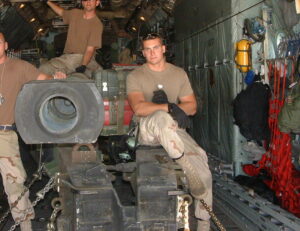 Years of Service: 23 years and counting

Adrian started the first half of his career in the Air National Guard as a C-130 generalist mechanic. His main priorities were to keep track of the overall health of that aircraft while organizing any necessary maintenance for the different systems. The second half of his career has been spent managing the team of C-130 mechanics. He has had many deployments all over the globe, ranging from European countries like Germany, to Middle Eastern countries like Kuwait and Afghanistan. During his time overseas, Adrian learned how to handle extreme amounts of stress, delegation, and people skills. He gained a much broader understanding of the world through the many different perspectives he obtained along the way. He now continues his time in the Air National Guard one weekend per month at his home base in Fort Worth, Texas.

Adrian knew early on that he needed to keep his military experience and professional career separate. He began working as a Mainframe Specialist about 5 years after he joined the Guard. This allowed him to continue his journey of working on C-130 systems while simultaneously sharpening his professional and technical skills. His diverse skillset has expanded his competency and versatility in the workplace. His Air Guard experience makes it easy to sort out his likes and dislikes when it comes to his professional career. His time spent in military leadership fulfills his desire to manage a team in the outside world, offering him the opportunity to take on an individual contributor position at Ocient. He currently works as a Solutions Architect where he’s responsible for driving the technology evaluation and validation stages of the sales process. 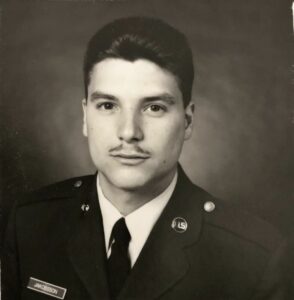 CJ worked as part of an aircrew, helping translate Chinese communications received while airborne. He used radio receivers and recording systems to record, send, and translate various communications critical to the success of missions. He was first introduced to this role after he decided to seek military financial aid in order to finish his college education. Once his basic training was completed, he decided to pursue the Mandarin language in hopes of being stationed in Hawaii. Unfortunately, that dream was never met, and his time was split between Fort Meade, Maryland, South Korea, Texas, and Monterey, California.

Despite his lack of a tropical working environment, CJ is very grateful for his time spent in the Air Force. One of the most valuable lessons he learned is the importance of mission-focused teamwork. His main goals were to finish his education and gain useful work experience. He did this by staying focused, developing a strong sense of community, and learning how he best works with others. These skills helped shape the growth of his career once he moved on from military service. He also realized the importance of taking advantage of everything the military has to offer you in order to create a mutual partnership. He made sure to capitalize on the services and support the Air Force provided that put him on the path to success. He has taken everything he has learned from his role as a Chinese Linguist and now applies it at Ocient as a U.S. Government Account Executive. His primary responsibilities include finding leads and closing sales deals with new or existing government entities.

Ocient is proud of each veteran in our workforce that brings a unique and extensive skillset to the organization. To learn more about how these veterans and many others are fueling innovation at hyperscale, check out our About Us page. If you’re interested in joining the team, view our open positions.